The team at Pinnacle Fitness Scottsdale is passionate about fitness.  Putting your needs first and genuinely wanting to help you succeed! Our innovative approach intermixes the best exercises from a variety of disciplines such as weight training, dynamic stretching, plyometrics and cardio interval training. Complete training plans are designed to bring together a variety of disciplines in order to match a client’s needs and interests.

Our commitment to providing clients with the best gym and personal training experience is reflected in the quality of personal trainers working at Pinnacle Fitness. Each trainer is certified, with an average of 5-10 years of experience helping clients meet their physical fitness goals. 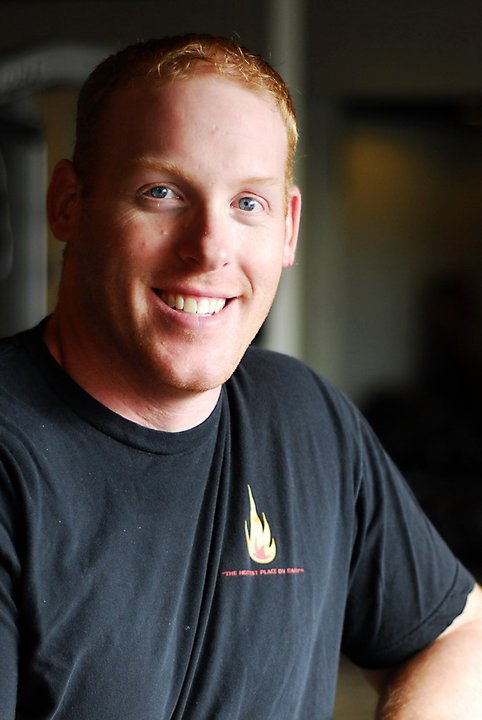 Luke moved to Arizona in 2006 to pursue his dream of making the 2008 Olympic team as a discus thrower. Injuries ultimately hampered his training so, despite qualifying to compete at the 2008 Olympic Trials, Luke chose to listen to his body and prevent further damage. After dedicating 20 years to training and competing, Luke officially retired from competitive discus throwing in June, 2008.

Now Luke’s focus is dedicated solely on changing peoples’ lives through fitness. Using the success he created over the past (9) years of transforming personal-training clients of all body types, Luke launched Pinnacle Fitness.

Fitness has always been a part of Luke’s life. As a teen, he was a three-sport athlete in his hometown of Verona, WI. He used his athletic abilities to earn a full scholarship to UCLA to compete on their Track & Field team, eventually being named Team Captain in 1999 and achieving All-American status four times during his collegiate career with the Bruins!

Luke stays connected to his hometown roots in Wisconsin – his parents maintain their residency in Verona as does his older brother. He continues to develop young Wisconsin throwers through two annual throwing clinics and guest speaking engagements at schools and banquets. 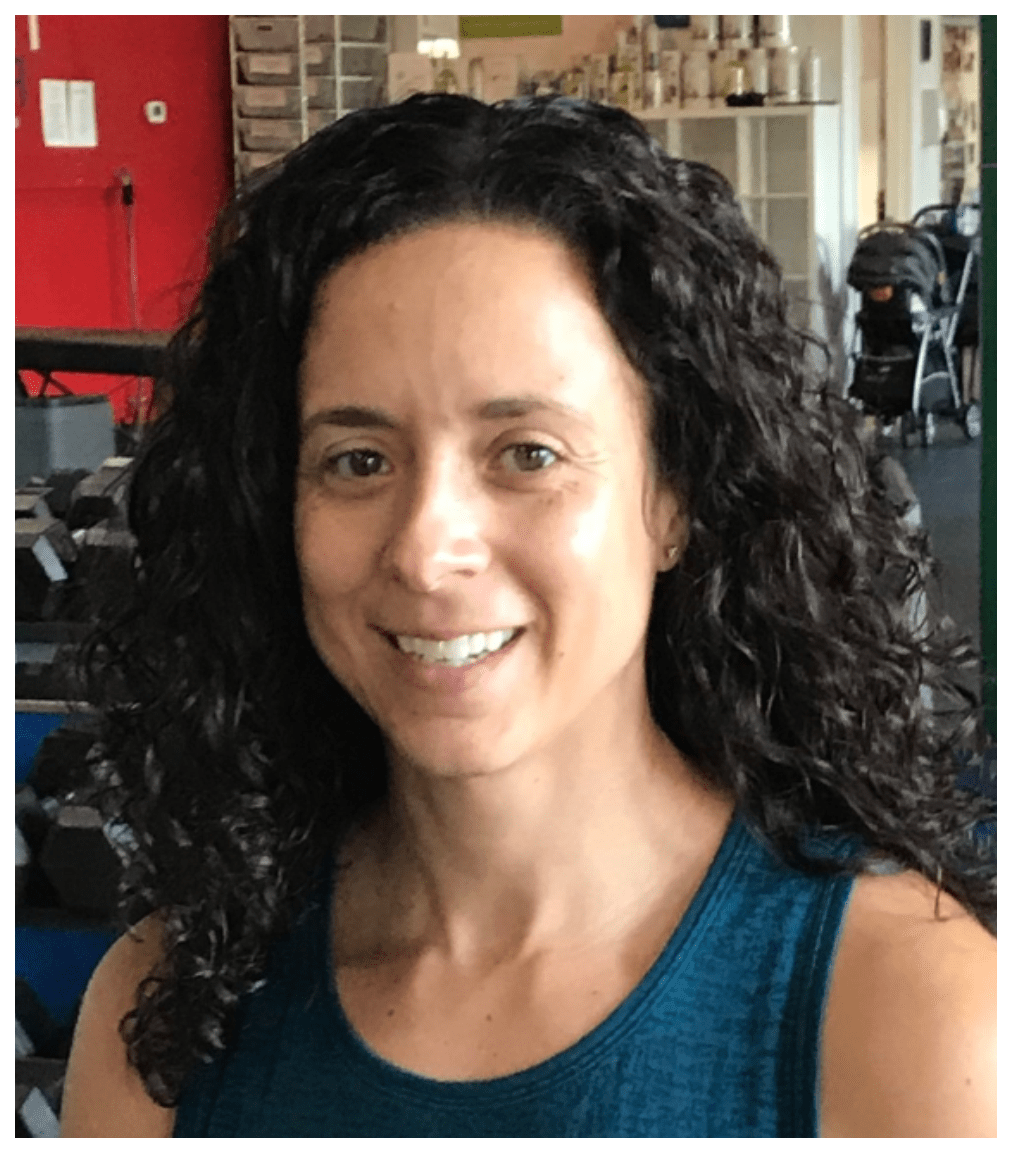 Alicia was born and raised in Holbrook, AZ which is a small town in northern Arizona.  Their claim to fame is the Petrified Forest National Park and The Painted Desert known for it’s brilliant and varied colors.  She moved to Phoenix 15 years ago and hasn’t looked back since.  Alicia has been a Yoga teacher for 3 years and has learned so much about herself and the students she teaches.  Alicia believes Yoga is an important tool for all people in all walks of life.  It teaches you to stop, breathe and stop reacting.  It also helps you to take note of what is going on with your mind and body, if only for a short period of time.  Alicia has always been passionate about fitness and was a fitness client herself for years.  Two years ago she was met with a life changing experience and it was her faith and fitness that helped her to get up every day and persevere.  She made the decision to become a personal trainer because she wanted to make a difference in people’s lives.  Alicia wanted to show people that no matter what you may be going through YOU are worth the time and energy to make yourself a better person mentally and physically.

Alicia has two certifications with International Sports Sciences Association as a Personal Trainer and Nutrition Specialist.  She truly enjoys being a Personal Trainer and working with different people with varying needs and goals.  She also has a 200 hr Yoga Teacher Training that she received from Southwest Institute of Healing Arts.

In her free time, she enjoys hiking, weight training, camping, traveling and spending time with  family and friends.  She is thrilled to be a part of the Pinnacle Fitness family and looks forward to the opportunity of changing people’s lives 1 squat at a time.

I moved to Arizona to continue my education and pursue my dreams of becoming a professor while living in perfect weather.  Growing up, I played some team sports when I was really young, but quickly found myself much more invested in combat sports, like wrestling, boxing, and other forms of martial arts.  Those helped keep me out of harm’s way, away from trouble, and fueled my passion for performance training, and physical fitness overall.  After the military, I was fortunate enough to move on and earn my bachelor’s degree in Exercise Science, along with several certifications, including the NSCA-CSCS.  With that, I was afforded the ability to work with general fitness clients, as well as athletes that ranged from youth and high school, up to the professional level, and everywhere in between.  This furthered my enthusiasm for the field of strength and conditioning and pushed me to stay hungry for knowledge.  With my biggest passion of loving to learn, I’m continuing my journey as a true lifelong learner, getting ready to finish up my master’s degree in Exercise Science with an emphasis in strength and conditioning.  As I go on to finish this next degree up, I have hopes of potentially going on to earn a Ph.D. and moving on to teach Kinesiology at the college level, in effort to give back and impact the field that has given me so much.  In my free time, I like to enjoy the Arizona weather and get outside, going offroad, and off-grid. 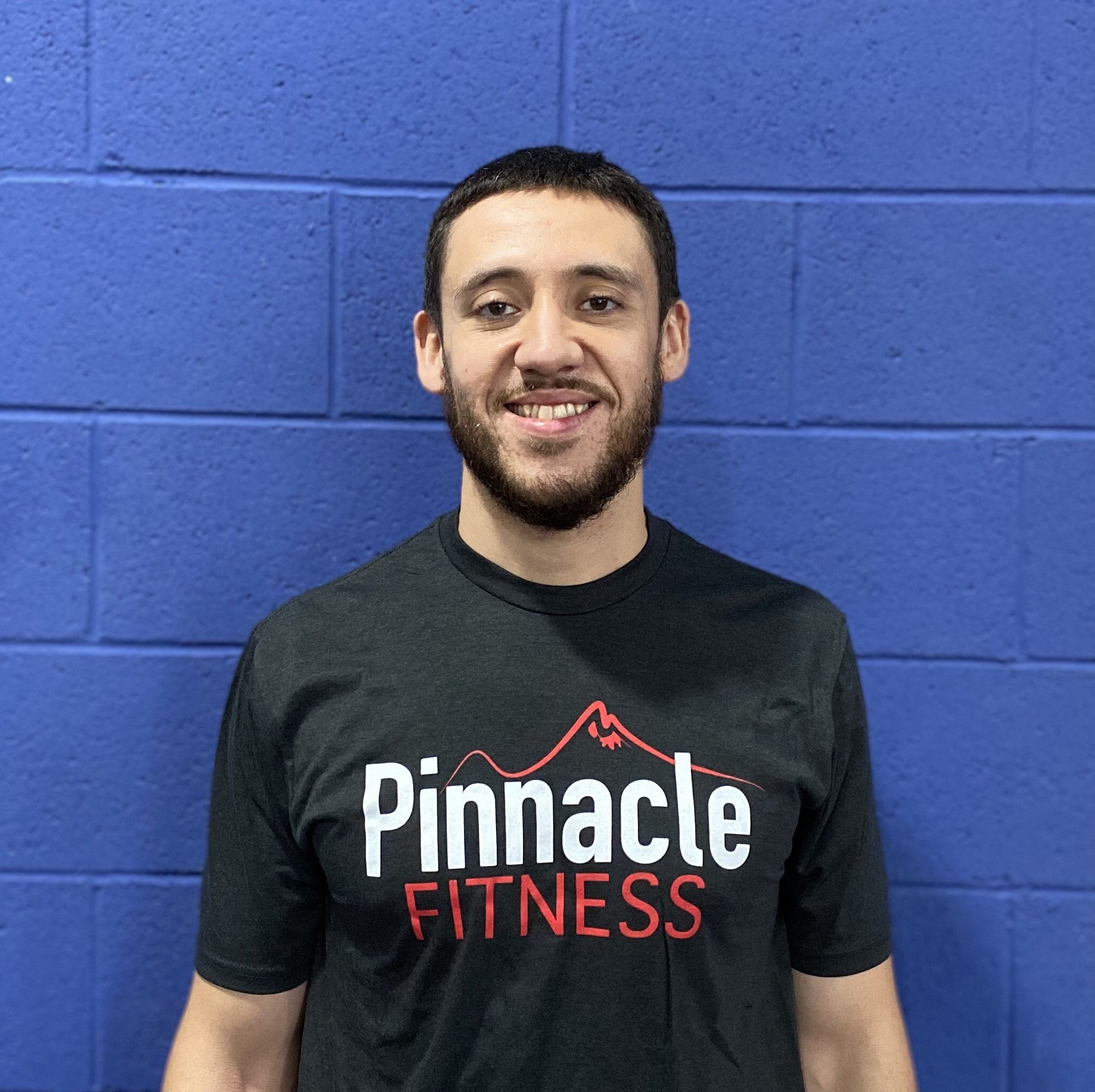 Anthony’s (Ant’s) love for training began in middle school as a hobby and way to become healthier. As a high school and college football player, that hobby quickly turned into a passion for sports performance training.

After high school, Ant received his Personal Training Certification from NASM. Here, he worked with a lot of individuals looking for general fitness and health. To further grow his knowledge of sports performance, Ant went on to attend and graduate from Glendale Community College and Arizona State University. During college, he gained experience volunteering as a strength and conditioning coach for a high school football team for 2 years. He also interned for a renowned company in human performance, where he was able to work with youth/high school athletes, tactical, general fitness and professional athletes from the NFL, MLB, and NBA.

After college, Ant received his CSCS from the NSCA and became a Sports Performance Coach, working primarily with high school, college, and professional baseball players, as well as other sports.

Ant has decided to bring his 9 years of experience to Pinnacle Fitness and be a part of a great team and help others to move better, move more, and perform well.

Ant is engaged to his lovely fiancee, Maria, and a father to a beautiful baby girl, Emma. He loves to go on walks with his family, watch baking shows with his fiancee, dominate his daughter in wrestling, and enjoy a cold beer and a good burger from time to time. 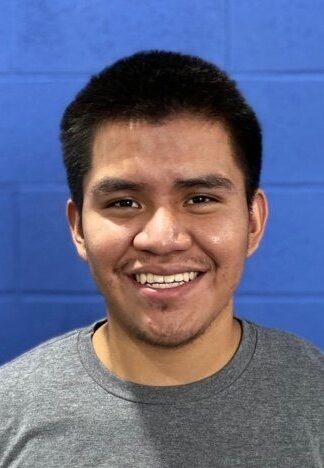 Jesi was born in Phoenix, Arizona, but was raised in Northern Arizona on the Navajo Reservation. He grew up in a small community called Leupp, which is about 50 miles east of Flagstaff. He comes from a family of five, and is the oldest of three. For as long as he can remember, he’s always had a love for basketball. He continued to play throughout high school, in hopes that he would possibly play in college. Unfortunately, his senior year in high school he tore his Anterior Cruciate Ligament (ACL) in his left knee.

After the injury, he had reconstructive surgery and a 6-9 month rehabilitation process. Although the process was tough, and sometimes painful, the road to recovery was an eye opening experience. This life changing event introduced a love for exercise science and passion to help athletes of all ages upgrade their lives.

He earned a Bachelor’s degree in Exercise Science with an emphasis in Sports Performance from Grand Canyon University. He’s had the opportunity to have worked with athletes of all ages and backgrounds from youth athletes to professional athletes. He currently holds two certification from the National Strength and Conditioning Association as a Certified Strength and Conditioning Specialist, and from the National Association of Sports Medicine as a Certified Personal Trainer.

9 Strategies to crush your cravings!

No time like the present to get started on a healthier you!